We spent last week at the beach – a familiar condo we’ve visited several times. When the summer schedule was being formed, there was no question whether we would go. At issue was how hard it would be without Kylie. She is an ever-present mist coating our lives, so almost everything is hard. But not everything holds an opportunity of mingling the hard with fun. This place offers that.

In fact, I’m sitting here now typing this in a room of bright yellow. I never noticed the vibrant color of the common room before. Yellow has a new meaning for me these days. It is early morning and any previous summer she would soon walk out of her room rubbing her eyes and push my laptop aside to sit with me. She would ask me what I was writing and I would usually tell her a Virgil Creech story while she mooched my coffee. Sometimes, if she was still tired she would ditch me to go snuggle her sleeping mommy. But most of the time, I got some precious alone time with her. I had no way of knowing just how precious it was.

Shortly before she died, Kylie told her mother and me that sitting at the edge of the water digging her toes in the sand with a book was her favorite place. We all love that. In fact, I just finished my third book since we arrived. Every morning we carry chairs down to the beach and spend a majority of our time reading. It is spectacularly hard not to dwell on the sadness of the empty chair.

We chose her gravesite based on that. As we were being driven around the cemetery in a stupor, we came beside a small pond and we both told the driver to stop. He informed us that this area was more expensive, a fact that normally would cause me to reconsider. In this case, it didn’t matter. We chose as close to the water as we could get so our baby could dip her toes in the water forever.

So here we are at the beach and Kylie screams out at us constantly. It has been as advertised: both hard and fun.

We’ve laughed at the memory of Kylie’s stubbornness. As a fourth child, she felt the pressing need to keep up with her sisters and always insisted on carrying her load. The chair she preferred has backpack straps and the first few years here, that chair would rise over her head and nearly touch the ground. Undaunted, she made the trip every day.

One year we discovered crab hunting. Kylie named our first one Cinderella. We were about to name the second when we made another discovery… crabs don’t like sharing space. So we named number two Mike Tyson and had a cage match. We sat ringside until Kylie’s big heart could stand the fight no more and she made me release them.

Never one to be left behind, toddler Kylie put on water wings and came as far out in the surf as we did – even when we talked of sharks. We affectionately dubbed her “chum” and wrote a song we would sing as we encouraged her to bob further out in the water. She loved that.

Other memories pour out of us, and sometimes tears. It has been nearly six months. There is no expiration date to sadness. Grief will always have its tentacles close enough to latch onto us. But I find on this trip, for this moment in time, my memories have been mostly happy ones of a girl we love and miss.

I am not naïve enough to think myself magically healed and restored. I never will be. I am broken forever. The heart is said to be an involuntary muscle, yet this year I have had to force mine to beat at times and imagine my life will be spent jumpstarting it when it is clogged with sorrow… until that day when it will no longer turn over.

At the beginning of the week, I received a text from a friend who simply said, “I hope you are feeling close to her there.”

I love reverse logic and am just dull-witted enough to suspect that it has been used against me all of my life. I like the way my friend chose her words. Instead of focusing on the hard – the Distance and separation, she hoped for us to feel Close to her. Take negative and substitute positive.

This question ferments in my mind: Is it a choice to feel Close or to feel Distance? Like I force my heart to beat, can I force the same heart to feel close to her instead of missing her terribly? I typically feel so distant from her that I could circle the moon three times and not catch up. Am I choosing that?

Or maybe there is a cosmic tug-of-war and Distance is simply stronger than Close. The big muscle-bound jerk Distance spits, glares, taunts, and pulls me to his side more often than not.

I don’t know which it is, but I’m certain that greater minds than mine have studied the matter. In the end, I do not believe that I always have a choice in how my broken heart feels. While I can have some sway over them, feelings are feelings and often rage beyond my control. Grief and Distance make a formidable team, and I fear I am only the little flag in the middle of the rope helplessly watching Close get yanked into the mud pit time after time.

On the drive down, I dreaded missing her more. But in reality, I have felt closer to her here as I’m surrounded by people she loved in a place she loved. I’m glad of that. Maybe our little friend, Close has been working out. 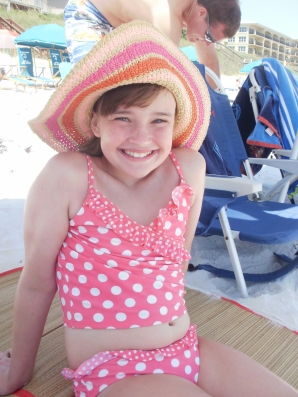 22 thoughts on “The Empty Chair”