Over the years, stories birthed in a family become somewhat legend. There are some stories that are unpacked during holidays or when a certain person comes to visit. Then there are those go-to stories that we retell over and over because they bring smiles and/or grimaces. So it is with My One Job.

As the story goes, I had one job during each of my wife’s four deliveries: to get her to the hospital in time for an epidural. No problem with the first – her water broke and we loaded up the car and made it. Number two came quickly. In fact, I almost delivered her in the van. We were at the hospital for less than twenty minutes before she burst onto the scene. I was one for two with my one job. Due to that experience, we scheduled number three and had no issues. Then we were surprised with a fourth pregnancy and although doctors scheduled her birthday for a Monday, she decided she Sunday would be a better day to join the family.

I remember sitting by her bed when the doctor delivered the news that she was too far along for an epidural – the look of pain and anger on my wife’s face as she looked up at me and said, “You had one job!”

A career at .500 gets you into the hall of fame if your a major–leaguer.

A weatherman would love to get it right 50% of the time.

When you’re the epidural chauffeur, 2 for 4 isn’t so good. 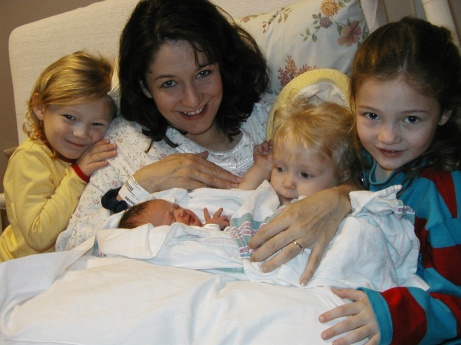 As fathers, our job is multi-faceted. We teach, prepare, equip, support, mend, share, and if we are lucky, we get to watch them grow up and flourish. If I had to pick one job that is principle, I would say it is to protect. When they were tiny newborns I was terrified of them. They were so small and my hands so big and clumsy. How was I supposed to keep these fragile beings safe from the scary world when in a few years of marriage I had already broken most of my wife’s china?

Being protector is an important job. It ranges from driving the family car in a safe manner to putting a filter on the internet so filth can’t get to them; from watching their surroundings on the playground to checking the deadbolts every night.

I failed in this too.

When our youngest was twelve, knee pain drove us to the emergency room where we received a cancer diagnosis. We fought. For ten months we fought with every bit of courage and strength we could muster. We even found some joy along the way. But it wasn’t enough. Kylie died just weeks from her thirteenth birthday and mashed alongside all the pain and grief is this annoying feeling that I am a failure in my principle job as a father. I had one job.

My love for Kylie began the moment I heard the flutter of her heartbeat, saw her shape on a sonogram, and held her tiny hand. I didn’t choose to love her with a clause that everything would always turn out okay. In this fallen world, that assurance was never in my control. As we get older, we learn that very little is actually in our control. My rational mind knows this but my heart often whispers accusations.

Some of you reading this likely hold some similar feelings. There are many men who have experienced child loss and even more people who have lost their father. Loss is loss and Father’s Day acts as a huge magnifying glass to it. This year will be my fifth without Kylie and it will be difficult.

On Sunday, while I can’t escape the feeling of guilt over my job performance, as much as is possible I will work to let that be overwhelmed by the love we shared for twelve years. I will also share the joy of fatherhood with my remaining children and attempt to prevent my grief from sullying that celebration. They deserve that much. I deserve that much. 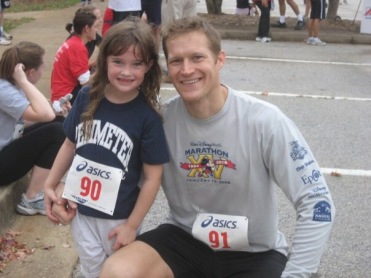 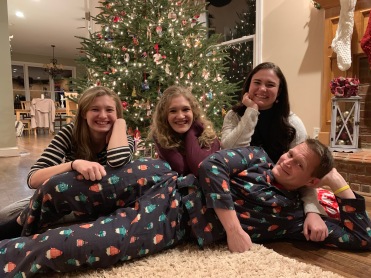 If Sunday will bring with it some measure of grief, I would encourage you focus on the love that you had and that which remains. And remember…  you aren’t alone. We’ll get through it together.