Today I submit the final installment of the Colonel’s First Story.  I hope you have enjoyed it. To start from the beginning, click here: Part 1

The children all rose in a disorganized fashion and wandered back to their play except little Sally who stood beside him smiling, still holding her hand on his knee.

“What’s your name?” she asked with an innocent lisp that was immediately endearing.

“I, Sally, am Colonel Clarence J. Birdwhistle,” he replied.

“Why do you have such funny whiskers?”

Although her mother quickly shushed her, the question dripped of sugar and honey to the ears of the old man.

“Well, my dear,” he said stroking the side of his face.  “They are traditional for a man of my age.  It seems that it was just a few years ago when everyone had them.  Sometimes it is difficult for a man to let go of things from their past.”

She leaned up, put both hands on the side of his face and whispered in his ear, “Mr. Birdsong.  I still like monkeys.”

Having said what she needed to, she bade him farewell and left.  He hadn’t the faintest desire to correct his name, and in the light of little Sally’s affection, even monkeys seemed more favorable to him at that moment. 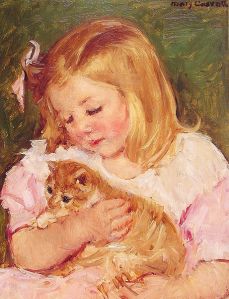 As you can see, the Colonel is a worthy storyteller who, unbeknownst to even himself, has a wonderful way with children.  He and Sally develop a very special relationship as the book continues.  As fate would have it, Sally is the younger sister of Henry Lee, whose friendship with Virgil Creech is mentored by the old Brit.  But that’s tale for a different time.

Thanks for taking time to read a story from the Colonel. I am excited to say that book number two from Portsong is in the final edit stage and should be ready in the Spring! Yes, the menace returns (along with a healthy dose of more stable characters like the Colonel) in Virgil Creech Sings for his Supper.