Swanson Glassworks had been a fixture in Portsong for nearly sixty years. Situated on a small knoll on the western side of town, it was the single largest employer in the county. The company produced tableware and stemware, rising to the height of its popularity with a single product at the turn of the century. In 1902, the company began producing a uniquely long glass with a peculiar stem a full inch longer than the typical flute on the market. A shipment was made to a certain hotel in New York City, and the glasses were used before the angry restaurant manager could return them. To the surprise of many, the awkward glasses became all the rage. Orders flooded the little Georgia company, fueling its growth and expansion. 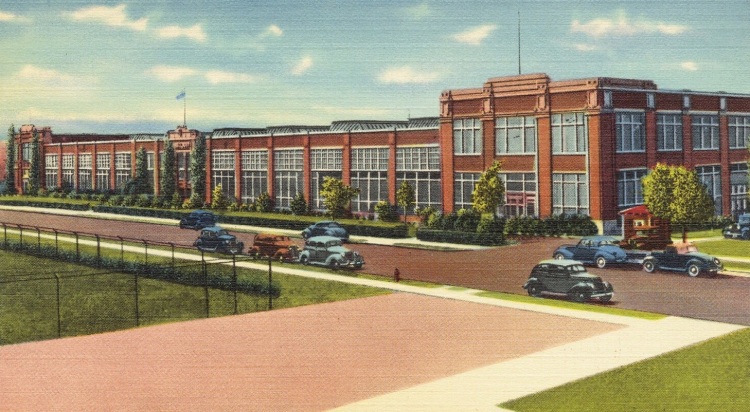 Truth be told, the innovation that brought the defective glasses onto many tables in the country was actually an accident. Many would dispute this secret as legend, but it was actual fact. In the waning days of 1901, the plant closed to retool before resuming operation after the holiday season. One of the maintenance workers at the factory disassembled the machine responsible for stemware production so that it could be moved. Not a soul could remember how to reassemble it at its new location. It took the entire staff to bring it to working order just before all of the employees returned in January.

A problem became evident in the product when the first glasses came off the line and would not fit in the crates prepared for them. They were too long. The quality supervisor summoned management to examine the glasses. A heated debate ensued, but they finally decided to repackage them in larger crates and ship the glasses to New York so that their order wouldn’t be late. After the run was completed, they worked feverishly to fix the machine. Night and day they tried everything they knew to no avail. Every glass that came out of it was an inch too long.

The machine ran for weeks producing the awkward glasses until someone finally had the idea to contact the former employee who had designed and built the machine. After much searching, they found him living with his daughter in Savannah, and he gladly took a ride back to Portsong to relive his golden days of working in the factory. His manner was slow and lethargic until he felt the factory floor under his feet. The familiar smells, sounds and sights seemed to take thirty years off of his back. A glimmer reappeared in the old man’s eye as he approached his machine with pride and gently touched every component in his tour around it. The company’s management stood over him, wishing the old man would move more quickly to diagnose the problem, but he wouldn’t be rushed. The machine that he had created had outworked him. It awakened an old feeling of pride in him. He beamed until interrupted by the men surrounding him.

“Well, what’s wrong with it?” one impatient executive asked.

Now hard of hearing, the old man needed the question repeated. A junior manager gave him the question twice, each time raising his voice.

“What’s wrong with it, you ask? Why, not the slightest thing is wrong with it,” replied the ancient once he understood what had been asked. “Lift this side up, will you? Right here at the corner.”

The stronger maintenance workers pushed through the managers and complied with his request. Once it was aloft, the old man reached in his pocket, took out a matchbook and slowly bent down to place it on the ground underneath the leg of the machine.

“Now, set it down boys,” he said. Once they had done so, he clapped his hands together. “It’ll run just fine now. That side always sagged a little lower than the others. Will somebody take me back to Savannah now? Virginia’s cooking pot roast for tonight and I don’t want to be late for it.”

The company’s carriage promptly returned him to his home and Swanson Glassworks began to manufacture fluted stemware to their proper specification for a brief period of time. That is until the day the hotels and restaurants all over the country began sending orders for the long glasses. As soon as they realized the awkward mistake was such a hit, the men lifted the machine once more and kicked the matchbook out of its place so the new orders could be filled. It was only replaced when the novelty of the item died, as all fads do. Then things went back to normal at the factory, and Swanson did a robust business year after year.

Excerpt from Virgil Creech Sings for his Supper, part 2 of The Portsong Series: