I thought there was strength – undeniable, unlimited, abundant strength properly teamed with grace and used with discretion. I always thought there was an omnipotent ability to prevail. I am finding that is wrong. I don’t believe anymore.

It is odd how you come to a crossroads in your life when a long held tenant of faith is swept under in the strong current of present condition. I find it hard to balance what I have seen with what I have always believed. And so, like riptide pulling on the support beams of an ocean home, the very foundation of my faith has been pulled out from under me and I’m adrift in the surf.

I suppose I haven’t always believed. There was a time when I was a doubter, or just didn’t know because I had no experience. I was a young man just out of college when I first saw the light. It was during that period when one sets out on his own and takes in the world from a new perspective. He sees good, he sees evil, and he is forced to make a choice as to which he will follow as a guiding source for his life – almost like a Jedi coming out of training.

I chose. And I don’t regret my choice. It became the North Star that guided me for most of my adult life. Until now – I don’t believe anymore. 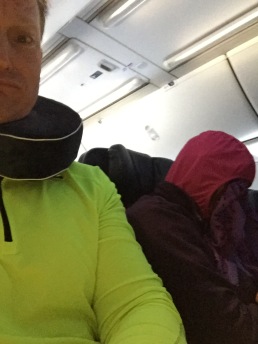 On a recent trip home from Seattle, everything changed for me. It wasn’t an epiphany or anything. I just saw something that I can’t balance with what I formerly believed – these things cannot coexist. After experiencing the wonder of God’s creation in the Pacific Northwest, I was confronted with an undeniable faith-altering event.

It happened at 30,000 feet where I was seated between my lovely wife and a lady I must have offended because she pulled her hood tight and wrapped her glasses with a scarf in an attempt to completely blot me out. Scrolling through the movies available, I stumbled upon Taken 2… Liam Neeson.

Since I saw him as brilliant scientist Peyton Westlake in Darkman, then in a kilt in Rob Roy, I have always felt that Liam Neeson was somewhat superhuman. While he isn’t a muscle-bound Vin Diesel or Dwayne Johnson, I still believed that he could whip either of them through his cunning, street smarts, and all-out badness. Did you see him lead the Dead Rabbits into battle in Gangs of New York? The stuff of legend save a cheap knife in the ribs by Bill the Butcher. In the first Taken, he still had that stuff and channeled by the motivation of saving his daughter it was totally believable that a fifty-five year old could roundhouse kick an entire gang of European thugs…

But now he is over sixty. It just doesn’t work. I don’t believe in Liam Neeson anymore and part of my heart is missing. He just looks mostly tired and they used brief snippets of him kicking, but then pan to a dangling light bulb or a rustling chain so they mercifully don’t have to show his hip stuck or that he fell down. I imagine just after the action scene he is doubled over holding his back while a gaffer gets him an aspirin. He was so exhausted they had him kill the final bad guy with some face-palm-grip thing. It was all he had left.

It’s been a really good run, but it might be time to take a page from James Garner’s book and do something like The Notebook. Or he and Harrison Ford could revive the Grumpy Old Men movies.

I don’t believe in Liam Neeson anymore and I don’t know what to do without that.

(Oh, and I hear there is a Taken 3. Seriously? Perhaps they should hire better security.)

19 thoughts on “I Don’t Believe Anymore”