You might say there is no skill involved in expelling phlegm from your nose. That’s where you are wrong. Anyone’s nose can run. The question is: can hold your nose just right, tilt your head and force it out properly so that it doesn’t land on your face or clothing? Because that would be embarrassing. Further, can you aim it while on the run so it doesn’t freeze and become a dangerous icy patch to those who come after you? 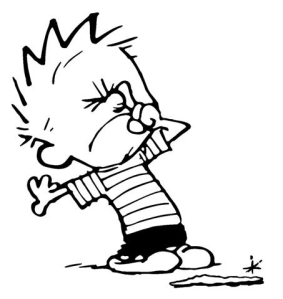 I don’t mean to brag, but I’m pretty good – darn good. I feel like if we could get this added as an Olympic sport, I could medal. Where is the SRAA (Snot Rocket Athletic Association) to champion this cause? Imagine that, a Southern boy winning gold in the Winter Olympics.

I got to test my skill Sunday. It dipped to freezing in Georgia for the first time this winter. I love cold runs. In fact, I planned on doing 8 miles and stretched it into 10. There weren’t many people on the greenway with me while I plied my phlegmy craft. Unbeknownst to me, there was a new factor at play.

Kylie has decided that she no longer likes the shape of my head and wants me to cover it with hair again. In fact, she decided she would like me to cover my face, as well. I don’t know what that says, but I am happy to comply. Just like I had always wanted to shave my head, I have always wanted to try to grow a beard. My lovely wife objected to both, but we do pretty much whatever Kylie wants while she is in treatment. So I have a week’s worth of stubble on my head and face.

I think it is going to come in. It looks slightly patchy on the cheeks, but a goatee will not be a problem. All the online beard-growing advice I’ve found says you have to give it a month before you decide. I can hold out. I’m actually kind of excited about it. Right now, with stubble all over, I feel dangerous – like a European bad guy in a James Bond film.

This new growth plays havoc with the snot rocket, however. I didn’t know it when I started running. I launched away for the 5 miles out. When I turned around, more people had joined the run and I noticed quite a few stares. I chalked it up to my new shady appearance. They must be afraid – wondering if I was planning dastardly deeds that only MI6 can thwart. Dangerous.

Little did I know until I got to the truck that I was stockpiling snot rockets on my new facial hair. Like twin demented antlers, they had collected and grown in a downward spiral shape from my upper lip. Yuck…

I have a challenge before me this winter of adapting the game to my new look. Don’t worry, part of being a professional is overcoming obstacles that stand in the way. And if the SRAA comes calling, I will shave and probably wax my upper lip to be competitive. Nothing can get in the way of an Olympic dream.

13 thoughts on “The Art of the Snot Rocket”