I came home the recently to find this at my doorstep. 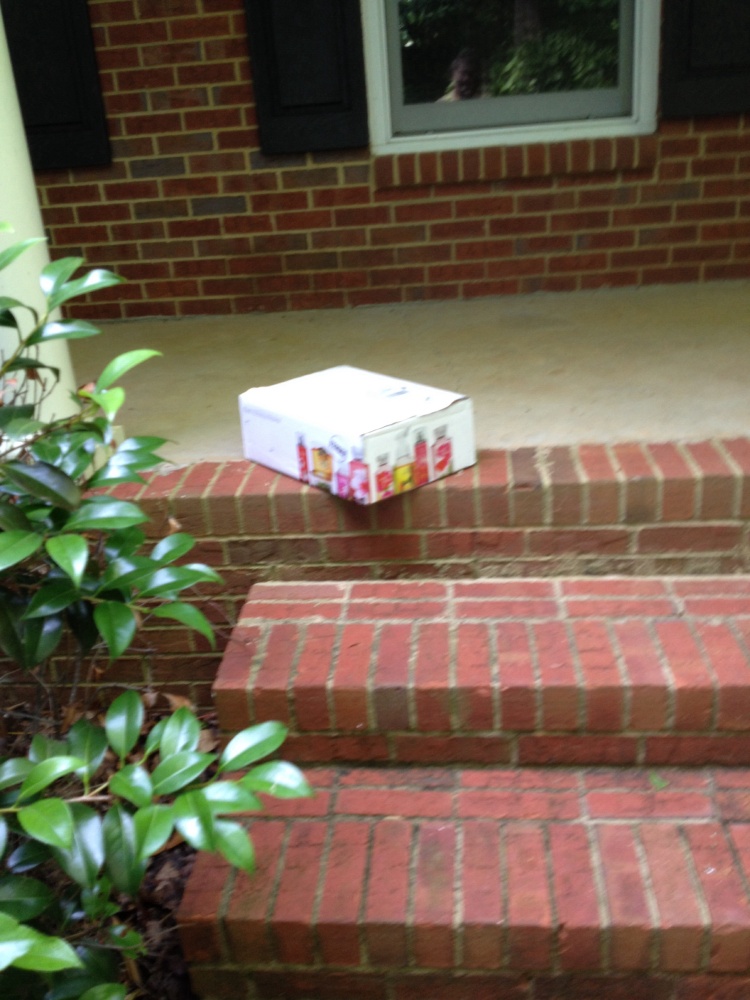 I know!  This is an outrage!

It may seem innocuous initially with its flowery packaging and appealing colors, but read between the lines.  Oh, can’t see it clearly? This, my good readers, is a box of scent.  Why is that a big deal, you might ask?  Because, consider the implications of someone giving you a scent meant to cover your current odor. That’s right! Somebody thinks I stink!

Where did this come from? What dastardly knave would leave such a foul gesture on the front step of another?

I know my wife didn’t order something so frivolous when she already has an olfactory sensation in me! I’m like a bed of roses, just ask me.

Did the UPS guy drop it off, and if I so, what does he think of me now?

Is there a scent fairy that didn’t make it into the legend books or that movie where they all teamed up?  A Santa Clause for the nose, as it were.

Why does a box of fragrance smell an awful lot like cardboard? What kind of rip-off is that?

These were the questions I asked myself as I sat beside my box, my anger growing every minute. I began plotting how I would discover the origin of this unwanted gift. I figured it had to be one of my neighbors. We have two that come to mind when anything suspect happens on our street. Two doors down on either side are families that each have their own quirks. We all have those neighbors, so I won’t detail their eccentricities. Suffice it to say that when the media shows up at my door because the police are leading them off in chains, I will NOT say, “Oh, they were normal folks. I can’t believe they found eleven bodies in their yard.”

Since I couldn’t be positive it was either of them, I spent the better part of the afternoon parading up and down the street holding the conspicuous box in my arms so all could see. I watched the eyes of everyone I met – it’s all in the eyes. Each neighbor I encountered looked at the box suspiciously as we engaged in meaningless small-talk, but I never ran across the guilty expression that would pin-point the offender. All-in-all, it was a wasted effort and most likely branded me as neighborhood weirdo number three (if I don’t already wear that label).

When I arrived back at home, I expected the usual June Cleaver welcome. I did not receive anything so grand, my wife was more focused on the box in my arms. For all the attention I got, I may as well have been the UPS delivery guy – whose opinion of me is now as questionable as my odor must be.

“Oh good, the plug-ins are here. Every one in the house has run out,” she said as she took the box and repaired to another room with nary a kind word for me.

What kind of marriage of deception is this? For twenty-two years I lived under the delusion that I was responsible for the lovely smells around here only to discover that in the opinion of my beloved, I stink.

Oh well, even though I now know it isn’t me, I do like the smell of Warm Vanilla Sugar wafting from every outlet in the house…

5 thoughts on “A Box of Scent”