Yesterday was one of those days. It is beyond my man-sized mind how everything fit together. I had nothing to do with its success or organization. But like a giant fuel-guzzling puzzle, the last piece set in perfectly about nine o’clock. Until then, my family ranged in different directions all across the metro area. The amazing thing is that the MTC (Mom-Traffic Controller) was absent for a good portion of it.

I had business on the other side of the city that kept me away until most of the flights were filed and done. If you know Atlanta traffic, you know that being on the other side of it on a weekday means that, while only thirty miles away, I may as well have been in Guatemala in case of an emergency. Sometimes, there is just no getting home. But the MTC needed me not. 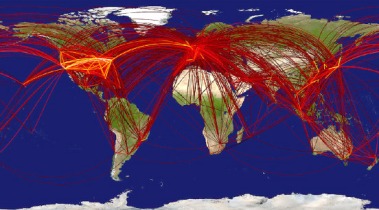 The Grandaddy taxi (my kids’ favorite ride because it often stops for a milkshake) had a few trips, she called in a favor from another middle-school parent, my nephew’s girlfriend made a pick-up, and I think there were two dog sleds and a rickshaw involved. Of course, this day involved multiple after school activities for every child that required extra commutes. Here is where I think the MTC was just showing off – she drove an hour north of the city on a college visit and took the only other driver of the house with her. So she wasn’t even around to oversee her masterpiece!

Through some mystery of mother magic, everything worked out. I counted two children when I got home and the other two trudged through the door soon after. They looked haggard but familiar, so I’m fairly certain they are mine.

Men, lest you think you could handle this task, let me recount for you my experience on Saturday (Car Day). I had one assigned job, ONE: pick up dancer daughter at 12:30. The brakes took a little longer than expected, but I finished and went inside to wipe the grime off of my fingertips so I could handle food. While at the sink, my phone lit up with a missed text. Instantly, I had that “Oh Crap!” moment when I saw the digital readout. You guessed it, 12:40. I forgot my one job, along with my daughter who sat waiting twenty minutes away. The forgotten child’s next text went to the MTC, who was at a play. I had planned to bribe my daughter’s silence with ice cream. But on the frantic trip to get her, I received from the MTC saying, “Nice job, Dad.” Exposed.

So, all hail the MTC! I don’t know where you received your degree in family flight management, but the entire (and somehow intact) family is glad you have it!

12 thoughts on “In Praise of the Mom-Traffic Controller”

Leave a Reply to Guess who? Cancel reply